The Space & Satellite Professionals International (SSPI) has presented the 2021 Promise Awards to Kelsey Doerksen of Planet, Sydney Hamilton of Boeing and Raven Moreland of Ball Aerospace.

The Promise Awards honor the three top-ranked members of the annual “20 Under 35” list of space and satellite employees and entrepreneurs age 35 and under who have demonstrated outstanding achievement in the early stages of their career. The three recipients were honored at the 16th annual Future Leaders Celebration in Mountain View, California, in conjunction with the Satellite Innovation 2021 Conference, produced by SatNews Publishers.

“For the second year in a row and the third time in the history of the Promise Awards, women swept the three top positions among our ’20 Under 35’ cohort,” said executive director Robert Bell. “Diversity of both gender and ethnicity remains a challenge to our industry, but if the 2021 honorees of this program are an example, the space and satellite business is definitely working the problem.”

“For the first time ever, SSPI inducted a Black woman into the Space and Satellite Hall of Fame in March,” said membership director Tamara Bond-Williams. “And on October 5, also for the first time, two Black women were named winners of the Promise Awards. I’m excited by this progress and look forward to seeing more and varying kinds of diversity as our industry grows.”

The 20 Under 35, Promise Award winners and Mentor of the Year are selected by a jury of industry executives who donate their time and expertise to reviewing dozens of nominations received from around the world. 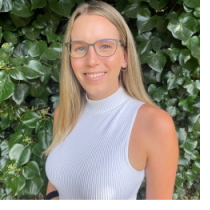 Kelsey joined Planet in February 2020 after completing a series of internships at the Paris Observatory and NASA Jet Propulsion Lab. In her current role at Planet, she is responsible for identifying, triaging, root causing and resolving satellite anomalies and performing fleet-wide health check-ins for the largest Earth Observation satellite constellation in the world. Kelsey also has extensive experience in using Python to develop tools for autonomous satellite operations and in creating and aggregating performance metrics to provide insight into constellation health and productivity. While working at Planet, Kelsey also serves as a Paris Observatory Researcher and Summer School Lecturer, a position she has held since 2018. She is enrolled to begin her Ph.D. in Autonomous Intelligent Machines and Systems at the University of Oxford in October 2021. 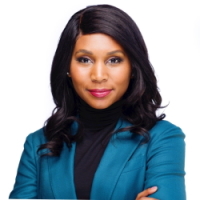 Sydney began her career at Boeing in 2014 as a Structural Design Engineer, a role in which she supported projects like the 777 Automated Floor Drilling Equipment Elimination & Floor Redesign project and the 777X Folding Wing-Tip Mock-Up. She also worked in the Commercial Aircraft Operations Center as a Service Engineer before moving on to become a Mechanical Systems Engineer designing, analyzing and managing projects for additively manufactured parts for space and launch systems. Sydney next took on the position of Responsible Engineering Authority (REA) for satellite reflectors, in which she led a cross-functional team to develop reflectors for multiple commercial and government programs, demonstrating rapid problem-solving skills and the ability to consistently meet aggressive deadlines and cost targets. In her current role of Structures Stress Engineering Manager, she leads a high-performing team of 18 engineers that perform critical technical analyses for all 3 major Boeing Divisions: Boeing Commercial Airplanes (BCA), Boeing Defense, Space & Security (BDS) and Boeing Global Services (BGS). While Sydney’s primary organization within the company is in BCA, her leadership spans beyond BCA products to include BDS products such as the CST-100 Starliner reusable spacecraft capsule, Space Launch System and Wideband Global SATCOM. 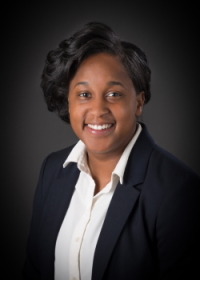 Raven joined Ball Aerospace in early 2020 as a Systems Engineer and currently serves as lead for the Electrical Power Distribution Subsystem (EPDS) on NASA’s SPHEREx program, which will conduct the first near-infrared all-sky spectral survey to study the cosmic origins of the universe and galaxies. Her contributions to the EPDS on the SPHEREx program have already proven invaluable in her 14 months spent on the project. In her first 6 months on the project, she was responsible for researching and procuring the solar array technology that will power the SPHEREx spacecraft and quickly realized that the original design exceeded the system’s mass allocation. Raven discovered a novel technology that is more efficient, smaller, lighter and more powerful for less cost than the established baseline, thereby getting the project back on track seamlessly and with added benefits. She consistently provides valuable feedback for deliverables, researches options for spacecraft components and contributes design ideas.